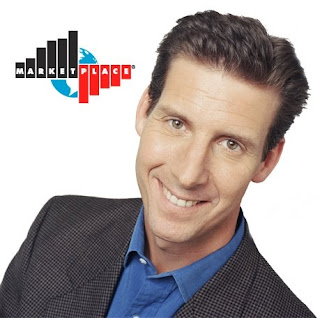 From the April 2006 issue of Quill magazine, here is my Q&A with Marketplace host, Kai Ryssdal in town tonight for a sold-out appearance.

TEN: Quill poses 10 questions to people with some of the coolest jobs in journalism
By Wendy A. Hoke

If you’re a regular public radio listener, chances are you’ve heard Kai Ryssdal. He’s the voice of business reporting on American Public Media, delivering business news with a bit a sass, occasional irreverence and a whole lotta punch to the average Jane and Joe. Ryssdal came to journalism later in life after following an unconventional career path. But he leads the team of reporters breathing life into a traditionally staid beat. He’s come a long way from shelving books at his local Border’s. On March 20 [2006], here’s how he opened the show:

“Alright, now don’t get nervous but I’m going to say something that might startle you — record highs on Wall Street. The last time that phrase came up in conversation, well … we all know how things ended. But more than just a couple of people are saying this time it’s different — maybe. From American Public Media, this is Marketplace.”

Q: What’s the origin of your name? It seems unusual for a broadcast name? Did anyone ever suggest you change it?

It’s Norwegian. My dad was born there and no one suggested I change it probably because I was in my mid-30s before I began broadcasting.

Q: You’ve had an interesting career path – U.S. Navy pilot, Pentagon staff officer, U.S. Foreign Service – did you study journalism and if so where?
I was a history and political science major at Emory University. In my junior year I had a fraternity brother in the Navy and thought, “That looks cool.” I took the physical and two weeks after graduation went to Officer Candidate School in Pensacola, Fla. I spent eight years in the Navy, flew for a while and then three years at the Pentagon. I had done everything in the Navy that I wanted to do, but I still wanted to travel overseas on the government dime so I took the Foreign Service test.

I met my future wife in the Foreign Service. In 1997 after a year and a half in Beijing, we both left and my wife enrolled in graduate school at Stanford University. I figured I’d get a job in Silicon Valley because it was the height of the dot-com boom. But I could have cared less about working in that environment.

So I got a job shelving books at Borders for $7 an hour. It makes for a long, grim summer when you are 34 and trying to figure out what to do. My wife suggested I try journalism, claiming I was a weird news junkie anyway. I tried print for a bit, but as you know you can’t get in unless you have clips and you can’t get clips unless you get in.

Q: So how did you wind up in radio?

One day I was shelving books in the career and counseling section (I had gotten a raise and was making $7.25 at this point) when I came across a big fat internship book. I saw the name and number of the KQED news director in San Francisco. I wrote him a letter, said I was interested in the news, gave him a bit about my background and said I would like to learn more about broadcast journalism. He called me a few days later.

I went up in my very best State Department suit and tie and briefcase. I don’t know if you’ve ever been in a public radio station, but there are no suits and ties. He said he didn’t have a job, but he had an internship available. So I took it.

I cut back on my hours at the bookstore, learned all the basics that other 19-year-old interns were doing. Eventually they needed someone to help with the morning show and then asked if I could stay all day. After a year or 18 months I was on the air doing some reporting. I wound up being a substitute anchor for the afternoon news and then worked my way up to morning. I was doing the California Report (a statewide program) when someone at Marketplace called me.

Although I said I’d really love to come talk to them, my wife was about to have our second baby and I really couldn’t leave her. My wife said Marketplace only calls once, so I called them back and went to the interview. That was the summer of 2001, my wife was on maternity leave from Yahoo and so we moved the family to Los Angeles. It was absolutely, completely fortuitous. It appears, although it’s not true, that I’ve been suspiciously lucky. But my journalism career has been absolute complete serendipity.

Q: What’s the most valuable thing you’ve learned on the job?
That you need to grasp opportunity when it comes. I was on a good path with KQED Marketplace called. Yes, I had to get up in the middle of night to work mornings, and yes, I had to work hard, but it was an opportunity I couldn’t pass up. KQED gave me training in radio; Marketplace is training me in reporting and hosting

Q: Did your entrée to business news involve a steep learning curve?
Absolutely. It was almost like they left me alone in the wee hours and said you have to report on gross domestic product. It wasn’t quite that bad, but close. You have to sit down and digest the information because really none of us on the show are business people. It’s like learning the education beat or politics. I would call Steven Beard in London or Jocelyn Ford in China if I had questions on specific topics.

Q: Traditional newspaper business reporting is often stuffy. Marketplace has a definite tone to it and it’s somewhat sassy in a good way. How do you keep it engaging?
The charge is very clear, yet not explicit. We all know that we bare the burden of making this entertaining and interesting. We work hard on it every day working with reporters crafting angles. And then I spend two solid hours choreographing the whole show.

Q: Do you write your own copy? What goes into the writing process when you know at least a segment of the listening audience is going to be tuned in on their way home from work?

Yes, I write my own copy. After the morning editorial meeting, I don’t immediately sit down and think how I can craft the show. I let it sit in the back of my brain and bubble around. Around 11:30-12, I get a sandwich and listen to the stories and the commentary that are in and then I start to write. I start with the end of the show and write it backwards. I’m at my most creative under pressure and I find I can’t get it right if I try to work from the top of the show down. So I work my way up so that by 20 to 25 minutes past 1, I’m working on my opening and commentary. I’ll do a table read with the senior producer to make sure it sounds good, but otherwise it goes from my computer to the airwaves.

Q: The east coast hears Marketplace at 6:30 p.m. Describe how you put a typical show together and when you’re taping?

The show is live to tape at 2 p.m. Pacific. If nothing changes during the day, stations will run it as is, which gives it the live feel. If something changes we’ll do an update. The gong goes off to start the show at 2 and then we run straight through. I don’t find I can do bits and pieces because it takes me out of the flow of show.

Q: You previously were on the Marketplace Morning Report. What’s the biggest change you’ve experienced in doing the morning and evening program?
Now I’m sleeping at night. I used to sleep in shifts. I would sleep from noon to 3:30 p.m., then get the kids, eat dinner and help with bedtime and then nap from 10 to midnight. Now I go to bed when I want. When you’re young, hungry and stupid you’ll do whatever it takes.

Q: What other job would you like to pursue?
I do run after my three boys ages 7, 4 and 20 months. But I’ve only been doing Marketplace for six months. I don’t really have any place I want to go right now. Former host David Brancacchio used to say the afternoon Marketplace job is the best job in broadcast today. I completely agree. We have the freedom to take this dense, arcane topic and do almost anything we want. I’m only the point on the end of that spear.

Nobody here is interested in business in and of itself. We don’t care what the trade deficit is, we care about what it means for interest rates and unemployment. We leave digesting the numbers to Bloomberg and Reuters, and prefer instead to think about the stories behind the stories. That’s what makes people listen.

Very cool! I love his show. Thanks.

Rating agencies are being blamed for giving high marks to bonds backed by subprime mortgages. Marketplace's Amy Scott talks to Kai Ryssdal about the SEC's attempts to reform the system.
=================
Angelinjones 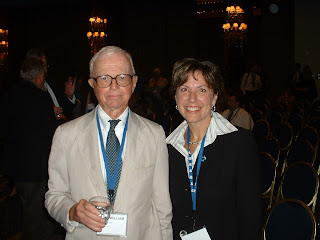